“I sometimes manage to think of nothing, not even, like Raymond Queneau’s Ami Pierrot, of the death of Louis XVI. All of a sudden I realize I am here, that the Metro train has just stopped and that, having left Dugommier some ninety seconds before, I am not well and truly at Daumesnil. But, in the event, I haven’t succeeded in thinking of nothing. . . . How to think of nothing without automatically putting something round that nothing, so turning it into a hole, into which one will hasten to put something, and activity, a function, a destiny, a gaze, a need, a lack, a surplus . . . ?”

There has been an empty space in the woods this year. Something – or rather someone – is missing. We haven’t heard the cuckoo yet. That could well be the very reason why the weather is so wet here.

Even without the cuckoo, even wet and muddy, the woods are still our playground… 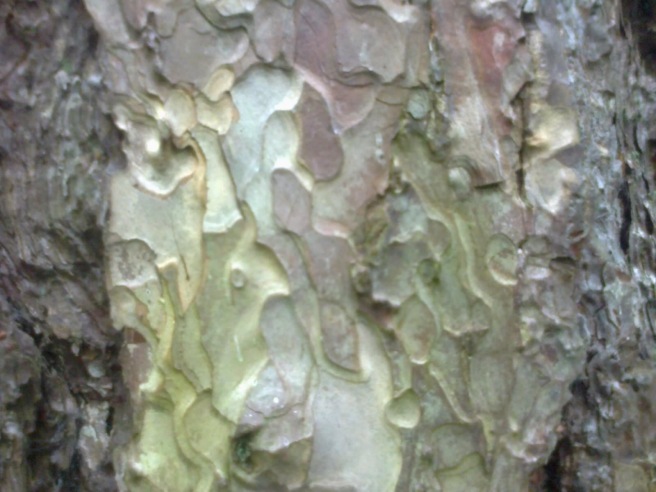 Today’s Treasure Hunt in the woods was indeed successful.We did find a golden coin – see below! 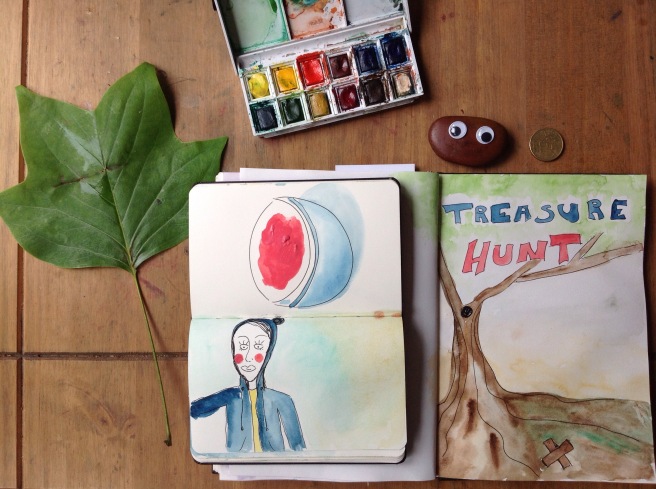 In his book, Species of Spaces, Georges Pérec dreams of having an empty room in his house. A room with absolutely nothing in it and for no purpose whatsoever. Not a storage or a spare room. No. Just an empty space, filled with… nothing. Living in the South East of England where housing prices are extortionate, I don’t have this luxury. I don’t even have a loft or a basement. I have to store things under the bed (good job I have a king size bed!)

Last month we managed to empty our garden shed to turn it into a video recording studio for my husband. From then on, I have been trying to make more space. Getting rid of a lot of clothes and all the stuff that has been following us around, packed in boxes from one house to the next for years. It’s an ongoing work in progress, like most things.

I have been getting rid of a lot of clothes, in an attempt to have a capsule wardrobe… you know just a few outfits – the ones I wear mostly. I’m down to only two pairs of shoes, and not that many clothes left. I do always wear the same things anyway. And as I’m getting better at knitting, I get to make my own clothes, clothes that are durable, that I like and can’t find anywhere else.

I don’t really have anything fancy. I am more practical. My clothes need to be comfortable, multifunctional, and able to take a beating: I need to be able to walk in the woods with them whatever the weather, ride my bike, roll around with the dogs on the floor in them, stretch and well… live in them!

So these criteria make the paring down process easier. Whatever is too small, too smart, or has stayed for too long in the wardrobe, goes on eBay or in the bag I have been filling up for my friend, who is as tall as me, but thinner than me.

I mostly get my clothes from charity shops and occasionally on eBay. I’m started to get good at finding good quality stuff for cheap. I have learned which charity shops have the well made items and which ones have cheap tat. I have also learned to not buy more than I actually need. I have learned to only buy when I have found something I really, really like, that fits me perfectly and that I will really want to wear and not just keep for … one day that never comes :)

Taking Guerilla Knitting workshops has allowed me to de-stash a bit yarn wise, but I won’t mention all the books, craft supplies boxes and all the bits I stash and hoard for all these projects that are patiently waiting to materialise in the real world…

A completely empty room Georges said?? Hmmm, I wonder how long I could keep it empty for if I ever had the luxury to have one!

Noémie is an animal communicator on a mission to help humans & animals have a better understanding of one another. She offers guidance and mentoring via public speaking & workshops - online and in person. Subscribe to FocalHeart newsletter for updates on the next events. View all posts by FocalHeart

Noémie is an animal communicator on a mission to help humans & animals have a better understanding of one another. She offers guidance and mentoring via public speaking & workshops - online and in person. Subscribe to FocalHeart newsletter for updates on the next events.

All images and texts are copyright © FocalHeart 2013-2020, unless credited otherwise.