I discovered my local farmer’s market today. It’s the oldest one in England.

It is on every Thursday, in the historical part of the town.

There are three stalls in it. It was probably busier back in the 1600’s.

I thanked the stall-holders for keeping it alive despite the cold and bought some shopping there.

The two other stalls were the fish monger from the next village – who also sells fresh sourdough bread – and a man making organic burgers.

Three stalls at the market, with three stall holders standing in the cold sunny morning – that’s not much for such a big town.

My town counts quite a few supermarkets, with big busy car parks. I can think of three of them.

Three supermarkets – that’s a lot for such a small town.

My plot is on one of them. Lost at the end of a sea of perfectly manicured plots, perfectly tended, mostly by an army of retired people who took on allotment gardening as their new job.

Some of the plots there look impressively neat and tidy.

I need to plan my gardening year for the allotment. I don’t really know where to start.

As soon as I have looked through all my seeds – I’m going to swap some with the mum of one of Boy’s friends on Monday, during our soap making session – before ordering more. I probably should start chitting potatoes on Boy’s window ledge very soon.

I often choose to say shitting potatoes instead of chitting – remember that I have a french accent when speaking english – just to see the face of the person in front of me… According to the Urban Dictionary it means “extremely heavy rain”, as in:”Man, it’s shitting potatoes outside!”.

I’m very sorry to say that as I’m typing this, I can’t stop laughing out loud as I’m thinking about potatoes falling from the sky. Ahem.

I also need to organise new seed bomb making sessions and a few guerrilla gardening outings with Boy again this year, to scatter some seeds in our sleepy little town.

I am big fan of heirloom seeds and heirloom vegetables – Look at these huge, juicy bumpy tomatoes… yum! 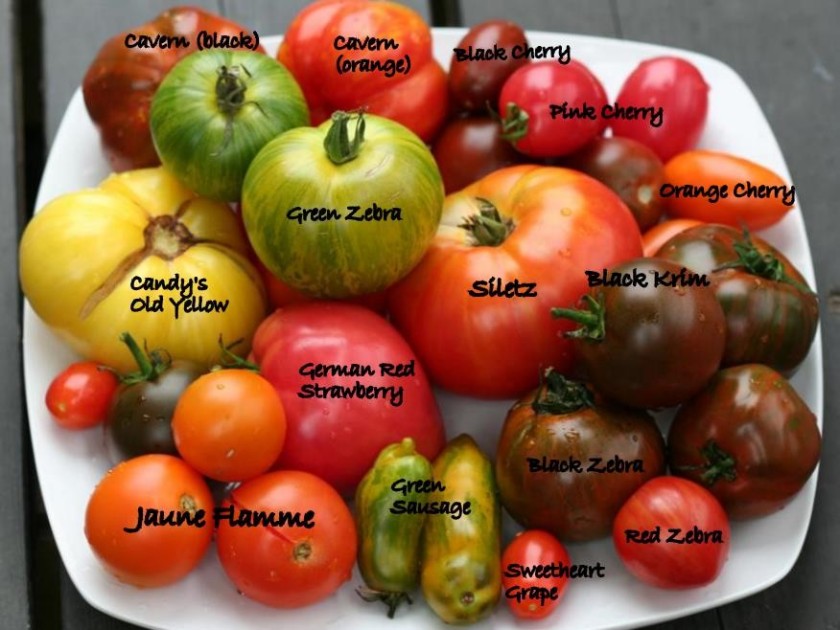 I am not going to plant any tomatoes in my plot, though. From my experience, tomatoes are quite needy and require keeping an eye on them. As my allotment plot isn’t in my garden, I shall prefer easier plants. But I will still buy them from local growers, though – maybe at the Farmer’s Market?

I love re-using things as much as I can: up-cycling, re-purposing and trying to give everything I own the longest, happiest life I possibly can.

When things become something else, their new function gives them a new lease of life.

I carefully consider the purpose and the longevity of everything I buy. I often buy things secondhand.

There are a lot of charity shops where I live. Selling a lot of cheap, hardly worn clothes, sadly.

I love humble heirloom vegetables and I love humble traditional wool grown on various local traditional sheep breeds. There are a lot of sheep too, where I live – and a healthy amount of yarn made its way inside my bird nest.

I have inherited a vintage stash of yarn from the 70’s from my mum and most of it is mixed fibres. I’m intending on using it all, in craft projects and all sorts of knitting endeavours.

One of my big projects this year is to make a Bee Keeper’s Quilt, made out of hexipuffs – which is the perfect project to combine my love of knitting, re-purposing things and making something useful that could become a family heirloom… 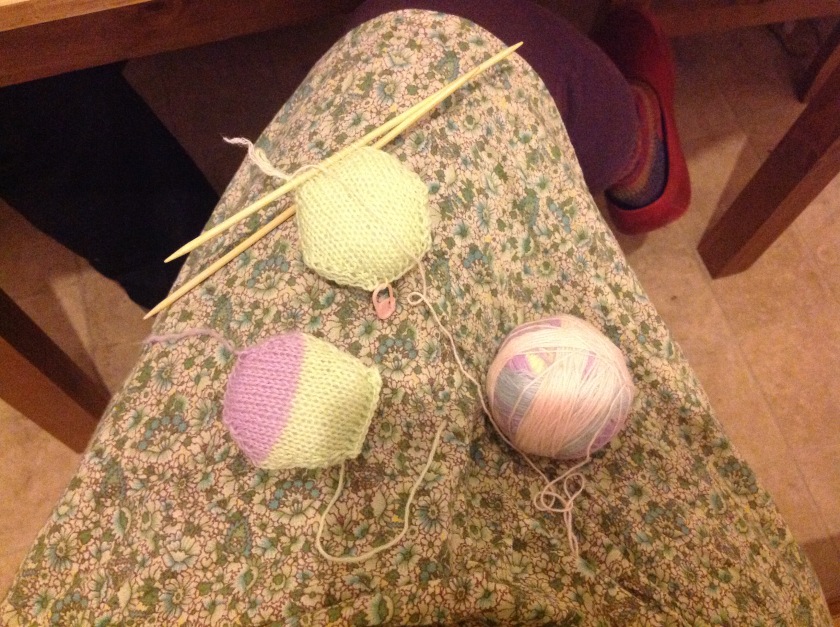 Hexipuffs are these little hexagons made with sock yarn leftovers and filled with either wool or toy stuffing. I happen to have a lot of both, but I’d rather use my wool for needle-felting projects or spinning, so mine will be filled with re-used toy stuffing that I have kept from dead dog toys.

While looking through all the sock yarn leftovers I have, I came across this ball of pastel yarn. It was in the stash of yarn that belonged to my mum. I was knitting with it on Sunday, wondering who in my family would have spent time making it?

It’s made of thin scrap yarn attached together with knots and shaped into a perfect ball. The colours are all pastels.

I suspect that it is made of the leftover yarn from this project, which was also in the big bag of yarn from my mum:

As I was knitting with the yarn, marvelling at the colours changing and merging beautifully into one another, I was pondering on this thread of yarn which reminded me of the thread of life.

Quite a long time ago, my mother would have carefully gathered all the bits of left-over yarn from her project, knotted all the bits together and rolled the new thread into a ball with the idea that it may be useful one day and then forgot all about it.

Here I am, however many years later, using it. It is indeed useful!

Oh and I also re use the same tea bag a few times…. 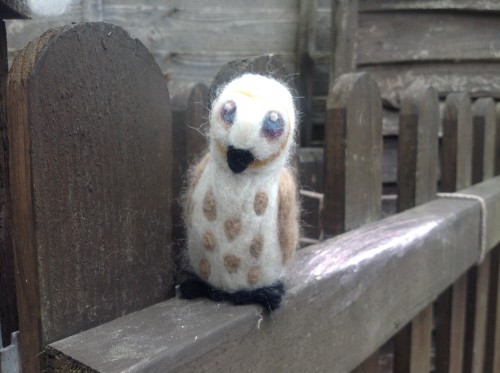 ©FocalHeart 2013-2020. All rights reserved. The content of this website may not be sold, reproduced, distributed, used commercially or displayed publicly without written permission from the author. All enquiries: Liftedlorax at focalheart dot com