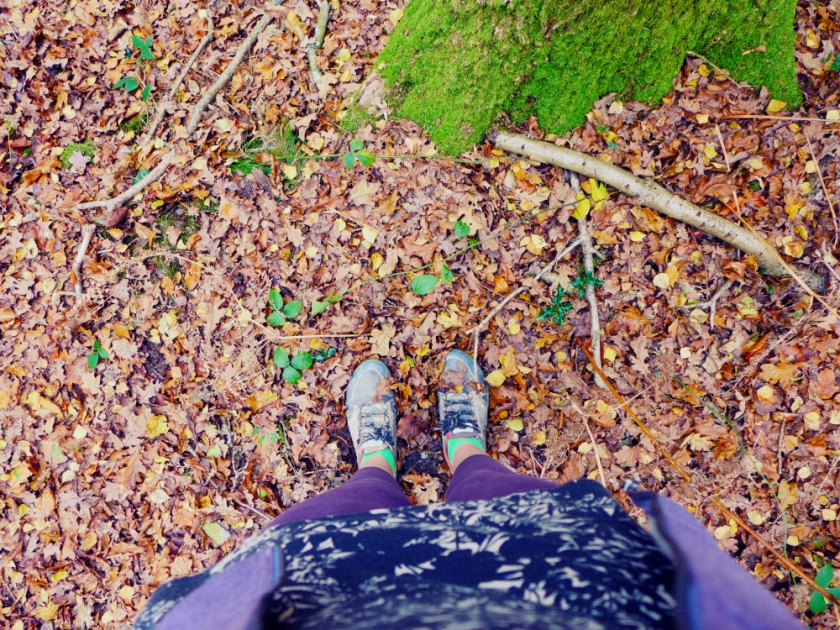 It’s been a bit of a blur ever since. That strange feeling is back again. A familiar place is being torn into pieces as we enter in the dark depths of winter.

I have been living  in the South East of England for 9 years. Because I’m not english I can’t quite get my head around the fact that here, almost everyone I know pays an extortionate amount of rent to live in a damp and mouldy house – and they accept it as normal. Along with crappy showers. Here most houses are poorly built/insulated which is a pity in such a damp climate. 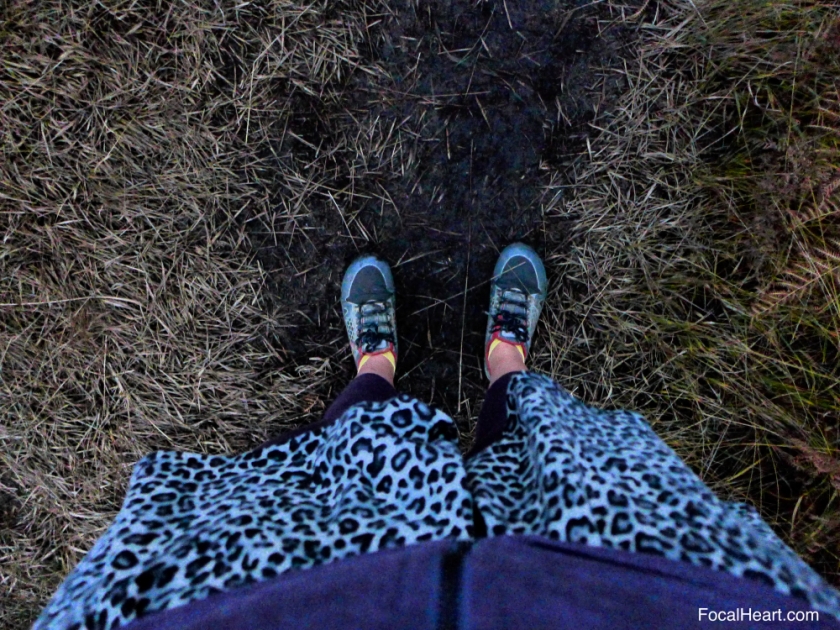 Don’t get me wrong, I don’t come from the Bahamas, so I’m used to having seasonal changes. I was born and grew up in France where this time of the year is also the beginning of Winter. It does rain in France in the winter. In fact I’m convinced that the half north of France has similar weather to England. Visit northern France and you will find a lot of bleak, grey, rainy, windy spots. 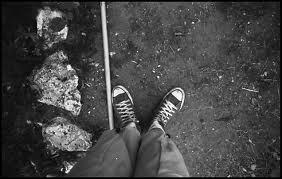 Anyway, done with the weather forecast, now onto the news.

As I wipe and bleach more mould from my bedroom walls to avoid thinking about how fucked up the world is, online and in real life… I also happen to think about poetry and how Nature inspires the most beautiful poems, when humans attempt to render its beauty into words.

Also my recent walks in the woods. (beautiful English woodlands!) Take a breath of fresh air, because Im going to start ranting after that… 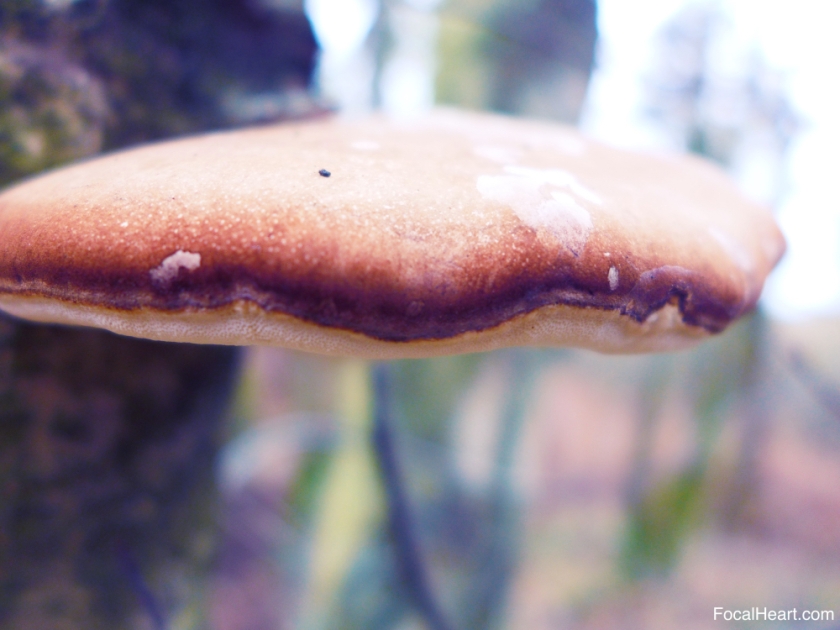 I grew up on the Greenwich Meridian in France Later in life I moved right next to Greenwich in London and now I live in Sussex, right on it again…

Don’t expect me to make much sense at the moment. I think that most french people can’t function properly or think properly for the time being, which is very dangerous. As the french are in a vulnerable psychological position – shocked – they could easily be persuaded that anything – like war – is a good idea, or that they should blindly trust the government, the military, or whoever claims to know what to do and how to do it quickly. Their faculty to think critically is affected and numbed, so they understandably turn towards the media to do the analytic work for them.

France is in a state of shock. And I think I can generalise here by saying that we all feel like zombies, numb one minute and angry the very next. A very dangerous place to be in for good rational decision making.

I thought for a while that I shouldn’t publish anything on my blog and just take a break from it. Blogging and pretending that the recent news doesn’t even appear on my radar, living in frantic denial quite frankly would feel weird.

Yet writing about it feels weird too. Writing publicly about it is like taking a stance. I have read enough crap on facebook for the last few days to know that any stance at this point is futile. We can change our profile pictures with a French flag filter as much as we like, but it doesn’t amount to much at the end as no one really knows much… So I would rather not take any stance. I am pleased to read that the French government makes a point of insisting that refugees are not the problem and that they too are victims of terrorism.

I have witnessed spontaneous solidarity turning into cynicism within a status update… people went from sending their prayers, to writing afterwards that they didn’t actually give a “flying f**k because it happens in other countries all the time and no one ever talks about it”. A lot of comments from people who are rather distant from it all, wether it’s Paris or Beirut. Both locations are foreign to them. They only saw Beirut on TV and their only connection with Paris is that they loved watching Amelie so much that they decided one day they will go into the nearest photo booth under the Eiffel Tower to pick up their soul mate – well not today as it’s closed at present over security concerns. I do hope the queue of patient soul mates has been evacuated though. 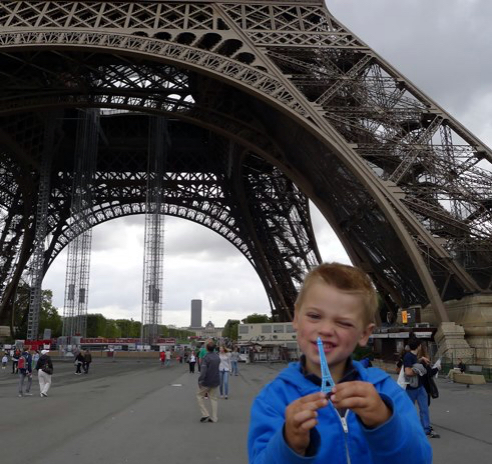 Boy at the bottom of the Eiffel Tower, a few years ago…

Truth be told I must have voiced my dislike for Paris over a million times and how I think that Parisians are mostly a bunch of stuck up arrogant twats.

Yet since saturday I keep feeling physically ill whenever something happens in Paris. I have been feeling really under the weather. Although I have been through and stayed there for days on end, I have never even actually lived in Paris (as I grew up and lived one hour away from it).

I don’t think I know anyone who died on Friday night and my Parisian family is all safe and sound.

But I can really feel for the Parisian people, and I’m not even Parisian.

It is true, other places get bombarded everyday and no one blinks an eyelash because they are not white. I feel sorry for them too.

But I’m French, of Parisian parents and I grew up one hour from the south of Paris. Trips to Paris are a part of my childhood. I remember going there with my parents, us always getting lost, the stress of missing the exit on the peripherique… And as a young driver back when I was 18, being able to drive in Paris was the ultimate driving test! The dreaded and chaotic Place de l’Etoile, and not missing your exit was indeed of crucial importance.

I missed it once, during the World Cup of football in 1998, on my way back from a Delgados concert. From then on, I knew.

The same World Cup that took place in the Stade de France. I went there once with a coach full of kids from poverty stricken areas outside the town I used to live in. I went with them as a radio journalist. We went on a coach, to see a football game between French football legend Zinedine Zidane and Brazilian football rock star Ronaldo, for a friendly rematch of the world cup finale, just for those kids, who don’t get to go on holidays ever, because they live in the ghetto. It was heart warming and fun. The kids whose brothers were pretty much all jailed for all sorts of crimes, were pretty much all of muslim background. They were all over the moon. They were stoked. Beyond words. Smiling as much as their mouths would allow it. That’s how I remember the place. Zidane was doing all sorts of cool tricks with the ball, scoring goals from one end of the pitch to the other. The place was filled with children going mad. With laughter and cheering.

The same Stade de France where a suicide bomber blew himself up on Friday night.

I’m sorry to say that I don’t have any memories at all in this lifetime about Beirut, Syria or Palestine. In a very sad way, I got used to the idea that these places are torn by fear and war on a regular basis and somehow I did end up accepting it as being what these places are like.

I’m extremely sad for their situation, and condemn all forms of terrorism, the kind that causes any harm to anyone – I’m not against some guerilla gardening, yarn bombing, craftivism, or one good old catwalk takeover, like in the old animal rights days. But Paris is, in a way, a part of me. And I do feel physically affected in my body when Parisian people get killed.

On Monday I didn’t feel that great. It was a day of staying indoors, in my room, knitting a moose head trophy – processing the recent news, with a sore throat and a mild headache. I furiously knitted all afternoon, watching Le Roi et l’Oiseau with Boy. It’s my favourite film. It’s from my favourite author, Jacques Prévert.

He wrote in one of his most famous poems:

And as you know, “never mind the bollocks”.

I found solace and relief in starting to knit my christmas presents. People might get them on time or even early this year at that pace! 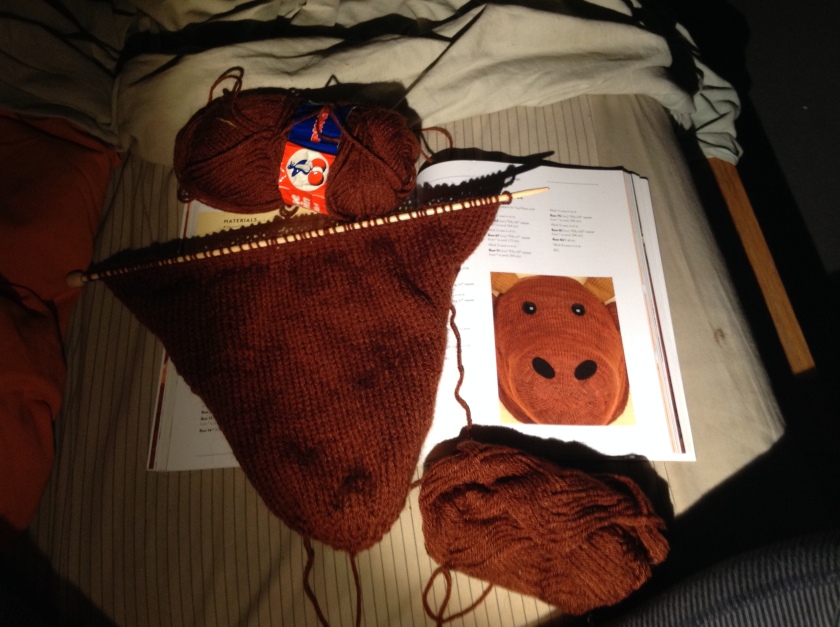 Most of all we really need to turn off the TV and computers and get out in Nature to clear our heads.

The internet and the media in general make us feel even more isolated and we easily get caught up in the enormity of it all.

But it will pass.

Paris represents the smell of fresh bread and croissants, girls who are allowed to walk in the streets in light dresses and flirt with whoever they want, the right to not believe in any god at all and read whatever book you want. The smell of perfume, (pretentious) fashion, culture, old buildings, the smell of coffee and rude waiters. I can’t think of any other city that embodies feminity and freedom so well!

So the best thing we can do, French or not, is to turn it all off, get out of the house, go for a walk in the woods or on the beach, or by the river… Go travelling and meet other people, other cultures and see what you can learn from them.

And when you get home, breath and be creative. Make art, craft, music.. and keep appreciating others. What they create, what they sing, where they are coming from… and all the magic that makes up who they are.

Boy made this lantern at his Story and Crafts Group on Tuesday… Children really are naturally born poets! 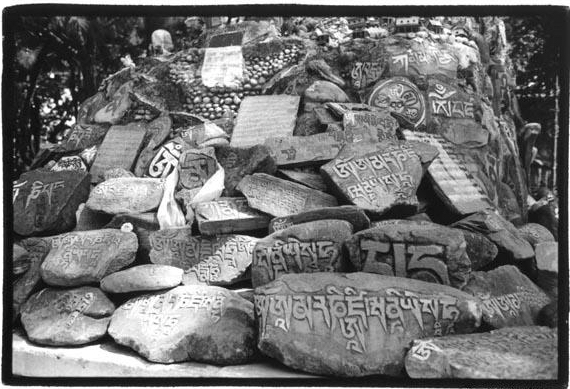 I took this picture in India… The stones have the prayer “Om Mani Padme Hum” hand carved on them… It’s literal translation is:”you are the jewel in the lotus flower”. This prayer is used a lot in Tibetan Buddhism, to wish happiness and peace to all sentient beings.

11 thoughts on “Remember remember, the blur of November”