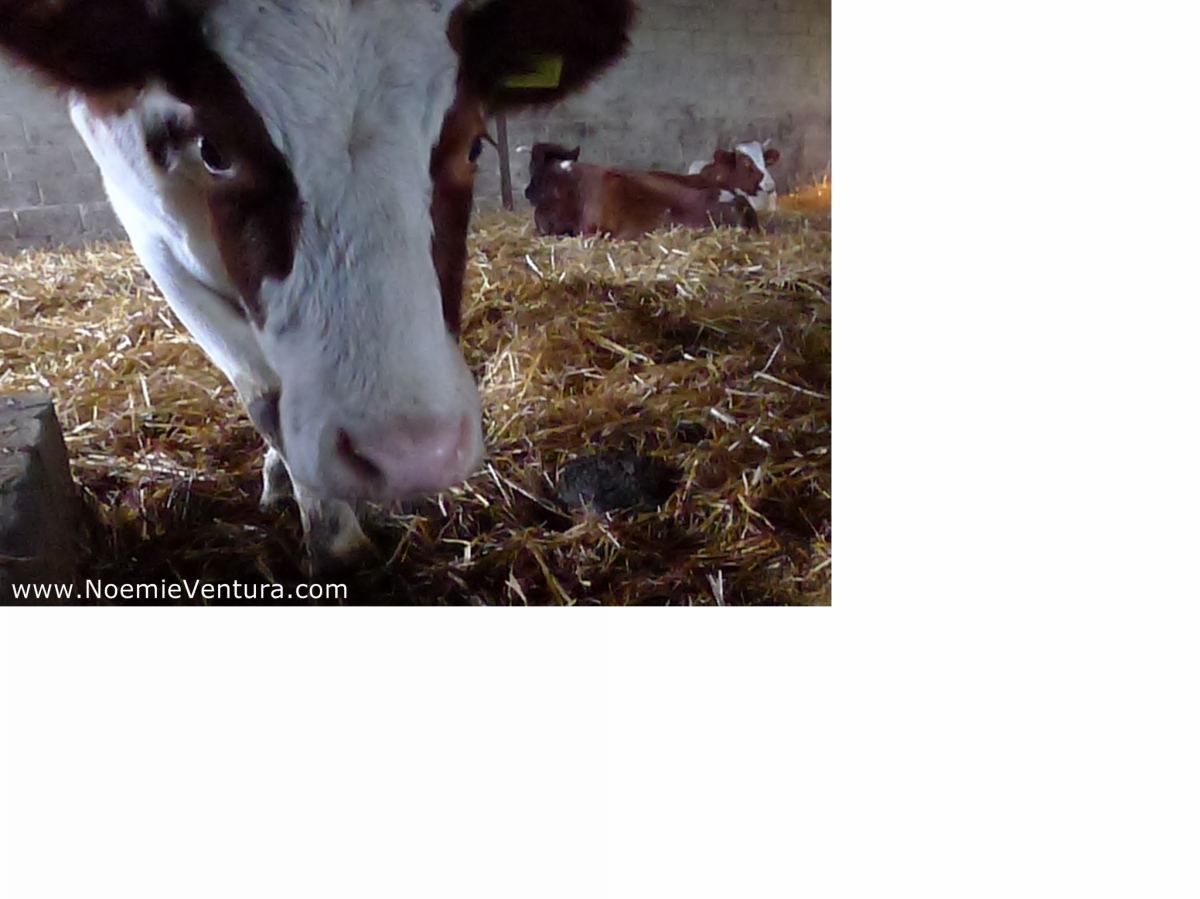 This morning, I have had to deal with an abusive reaction from someone regarding my forthcoming workshop with the cows (it’s due to start on Mother’s Day, in less than two weeks time). My first reaction was to fall apart. I cried, I was deeply hurt. When you pour all of your heart into something and it’s met with a mean, harsh & abusive response even from just one person, it’s disheartening. This person basically said that I was an “apologist for slavery”, that what I was doing was “hippy nonsense tipping over into disgusting, deluded profiteering” and that “I was exploiting the cows misery pretending I was doing them a favour by being a bit nicer about it”. I was crushed. I cried and started to doubt myself. I believe that there is a bit of truth in every lie, and I also believe that I probably have something to learn from this painful experience. This person has applied pressure to a part of myself I’m not completely at peace with and it got me to reflect a lot about the point of what I was trying to do. Was it worth doing? Should I be charging any money at all for workshops? Am I making money out of the cows misery? Does it actually make any difference at all to the cows that people come to listen to them and spend time with them? At the end of the day, they can tell us/me all the things they would like to be different with the situation they are in, but what can we do to make it change? We are not farming them, we don’t have any power in the decision making process of what is happening to them.

Don’t get me wrong here, I’m not calling for people to be sorry for me or to defend me. I just wanted to share this painful experience with you as it did send me to a place of self reflection… I even considered giving all animal communication related things a rest, regardless of all the work and energy I have put into this.

This person’s reaction is something I have been observing for over a decade now, in the animal rights movement. Some people can be very unkind and mean to one another. They pass heavy judgements and tend to destroy other’s attempts or initiative if it doesnt fit perfectly into their vision of what people should and should not be doing. I have even been like that myself, so I know exactly what it feels like.

I have witnessed countless times people with a genuine interest being ridiculed and bullied because they suggested a very creative idea to raise awareness about animal suffering and it was met with cold, harsh disapproval. It happens a lot on the grassroots activist forums and websites, and also inside big corporate Animal rights organizations. I did work for one and was very disappointed to discover how staff members were treated, bullied, managed through guilt and were made to feel very unhappy and frustrated. Miserable & angry, staff under pressure don’t last very long: they end up resenting their job, even hating it. They are no longer creative or productive and ultimately this has an affect on the animals. Hence the high turn over of staff in Animal Rights/Welfare organizations. I have been in that situation and I was actually good at my job in the beginning. I made a lot of sacrifices for the organization I was working for. I was working around the clock, even when heavily pregnant. It sent me to a dark, sad place and the way I was treated really put me off Animal rights activism. Now that I know the ‘behind the scenes’ of big animal rights organizations it doesn’t appeal to me to support them at all. I feel like I would be supporting the very things I feel the world would be better off without!

It took me years to heal and to recover and to find my own way to help animals.

I interviewed Captain Paul Watson a few years ago and he told me that to him the best way people can help is to use their own unique talent to support the cause you strongly believe in. If you are good at and love photography then offer your skill to help, if you are a lawyer, or a teacher, or anything… offer your talent towards that cause. I completely agree. Love is what makes the world go around and passionate individuals achieve far greater results than money hungry organizations. Your passion for something is a more powerful tool than donating money. Talking passionately about something you really believe in will spread and get people think at a deeper level, further than just another fundraising appeal.

So instead of destroying each other’s initiative to make a humble difference in the world, why don’t we support each other, for instance with kind words? Why can’t we be kind and respectful to one another? Why be abusive and mean to someone? You don’t know where they are coming from in their life. You don’t know what inner struggles they have, and what got them where they are in the first place?

At around midday, Billie Dean‘s newsletter arrived in my inbox. I read it and was amazed to see that she was talking exactly about that.

In her newsletter, Billie Dean stressed out the importance of supporting one another, to make a positive difference in the world… donating money if you can, to support individuals who are trying to bring their humble skills to make this world a better place… may it be a street performer, a blogger, or any individual who is trying to add a bit of colour, a bit of warmth, a bit of love and kindness around them.

Before judging, pointing the finger, undermining & criticizing what others are doing… try to find a place of love within yourself. A lot of the time, people who conduct such agressive/negative behaviour towards others are crying out for love themselves and have a lot of healing to do with their own wounds. Being mean to someone because you disagree with them is a very immature way of handling the disagreement. Having the need to hurt someone or “put them in their place” because they are not doing things your way, is a very childish behaviour indeed! it shows a lack of empathy and a lack of understanding of the bigger picture.

As far as I am concerned, I will take on board some of what this person is saying and I’ll put the brakes on facilitating workshops with farmed animals. I’ll only do it on request for now. It does sadden me as I really thought that by getting people to connect with farmed animals, it will ultimately help them develop their own personal relationship with the animals and they will be able to experience for themselves where this connection takes them… but I don’t want to advertise such workshops if it can come across as me trying to profit and exploit animal misery. I don’t want to become an easy target for the frustration of animal lovers for the time being as ultimately it will have a negative effect on the animals I’m trying to help. Maybe when I’m a bit more established and people approach me then I will organize such events again. But for now, I’d rather avoid the snow ball effect.

If you are interested in what I’m doing, watch this space for regular news, suscribe to FocalHeart newsletter, suscribe to my Youtube channel and if you believe in what I’m doing, make a donation. I’ll still facilitate workshops with pet animals, I’ll be uploading videos on Youtube and I’ll keep writing about my encounters with animals, pets and in the wild. Farmed animal related stuff will be only on request for the time being.

Thank you for reading :)

My name is Noémie, I run animal communication workshops to help people enhance their relationship with animals and the natural world. My work is about the profoundly important messages we can receive when we focus with our hearts. Through cultivating the heart as an organ of perception, we can develop our ability to listen to and communicate with one another as well as our natural environment – plants and animals included. View all posts by FocalHeart

3 thoughts on “On kindness”

All of the material in these pages is protected by copyright. All rights reserved © FocalHeart 2013-2020, unless credited otherwise.
If you want to use any of this commercially or display it publicly, please contact me by email.

My name is Noémie, I run animal communication workshops to help people enhance their relationship with animals and the natural world. My work is about the profoundly important messages we can receive when we focus with our hearts. Through cultivating the heart as an organ of perception, we can develop our ability to listen to and communicate with one another as well as our natural environment – plants and animals included.